How Goes? is the 22nd level in Chip's Challenge Level Pack 2.

The chip section is extremely easy; the blue wall section that follows after it is very tough without a level map or AVI. Fortunately, the green locks are there to help you a little.

All the green locks are used, which gives the player a big hint as to the general structure of the route: it moves west, into the southwest, around through the southeast, and then due north and due west. However, this is not so easy because of the low time limit. Fortunately, up to four mistakes are allowed because the quickest route is 27.8.

In CCLXP2, the buried recessed walls were replaced with force floors, with Chip starting on a thief and suction boots in all four directions from the starting point. The fireballs on ice move in Lynx whereas they do not in MS, though this was left unchanged as it has no effect on gameplay. 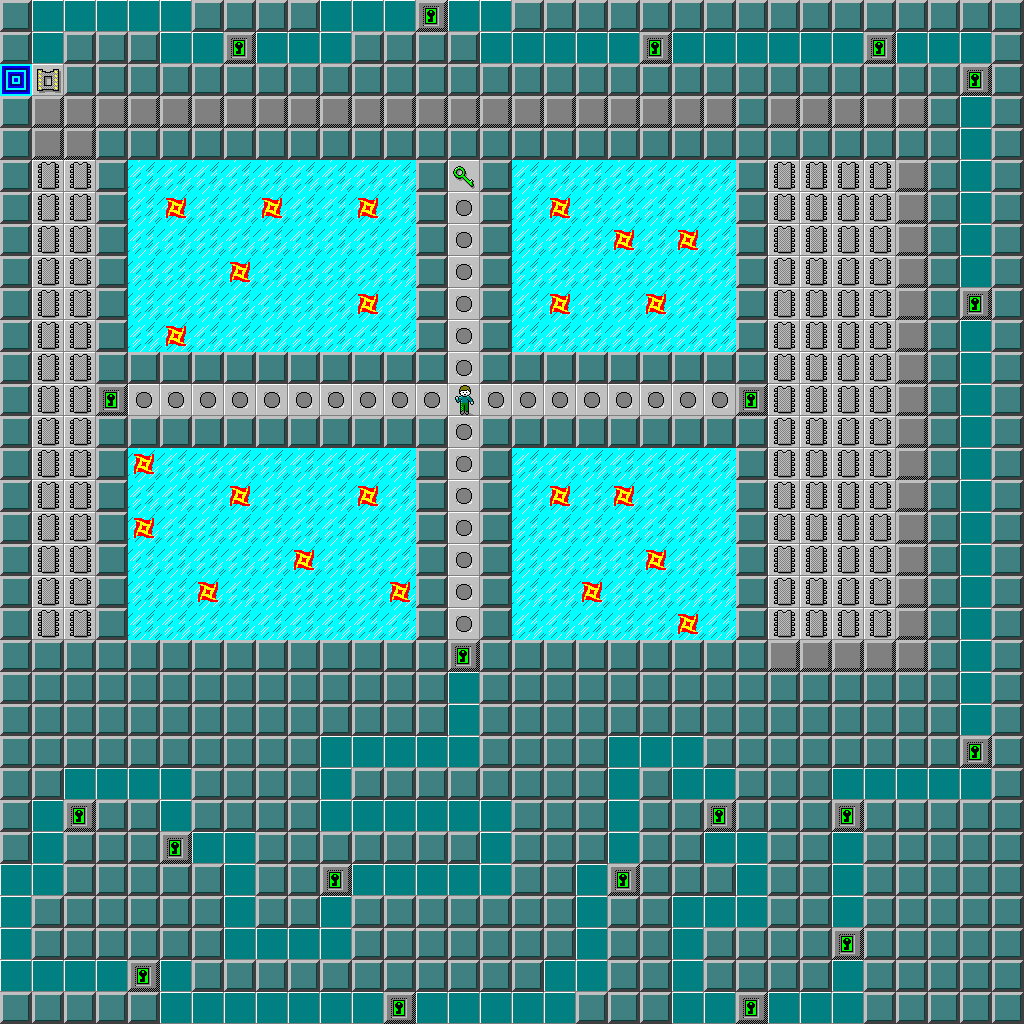