Slide Show is the 78th level in Chip's Challenge Level Pack 3. It was created by Peter Marks, and was titled Block Puzzle in the original set.

401 route: Push the block right, and up (via the ice), then leave it at (22,24), explode the bombs to clear the route, then move the block through the level, going through the ice/glider room and the next ice room (push the block D L then move U and push it L while it is sliding to save time), until the bomb is exploded. Go into the upper room, collect all the keys and press the green button. Press the red button twice, push the upper block L 2D L, then move R and step D just as the block re-appears on the screen. This will cause the block to be pushed down, from where it can pushed into the bomb. Push the next block R U 2D L and do likewise. Clone 2 more blocks and do the same, then clone 1 more block, push it L, then move U U and manoeuvre this block similarly through the teleports and ice so that it can be pushed into the water below the exit. 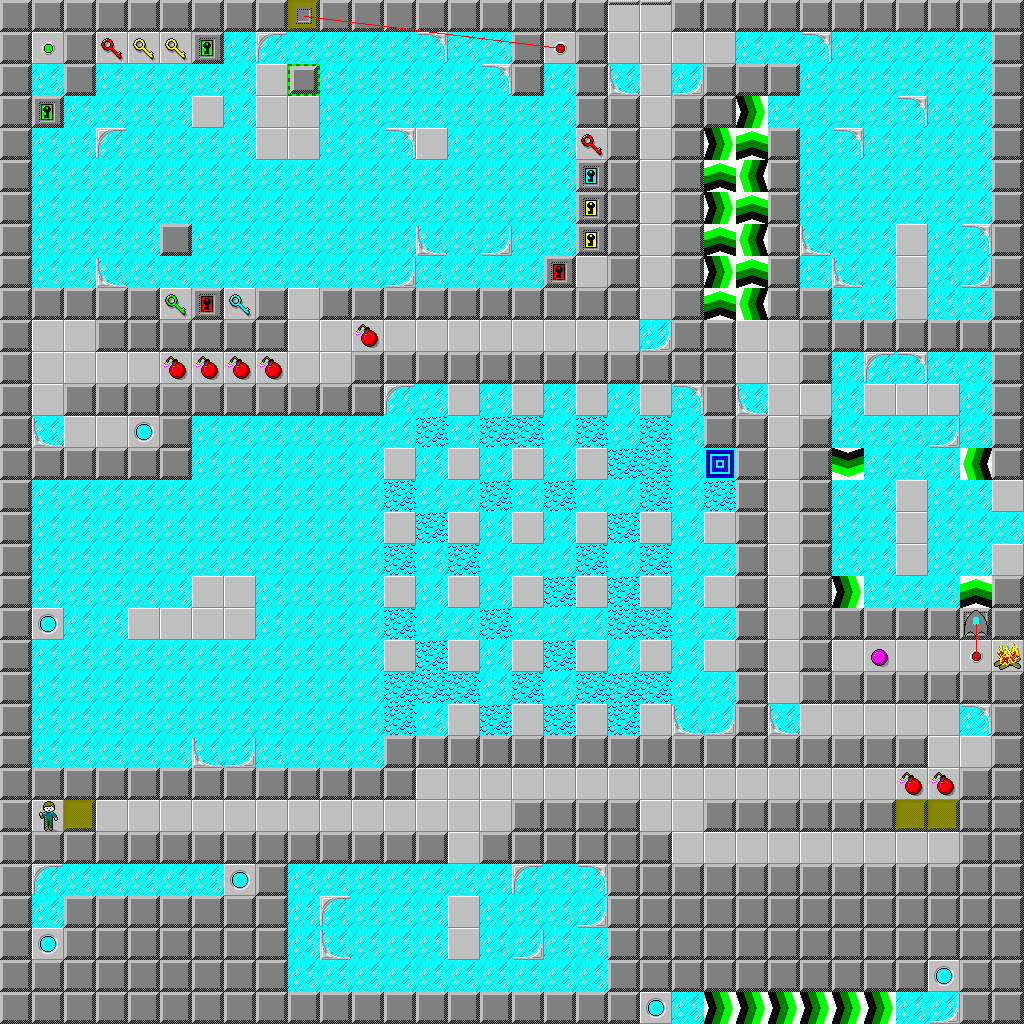