Force World is the 4th level in Chip's Challenge Level Pack 2. Although Force World contains several possibilites of death, including a D or LD move from the start and a choice between four hot blocks and one safe, the player can learn immediately from a mistake and still solve the level very quickly. Even the tricks that lead to the bold time are easy to learn after only one error, which gives Force World the rare distinction of having a bold difficulty of 1.

Clear the north edge of the block above and shove it into the water, then move block 1 L to collect fire boots, then block 2 into the water at the end of these force floors, to collect suction boots as well. Pass the teleport, collect all the remaining chips, and move block 2 for the flippers. Now, simply follow the path to the exit. 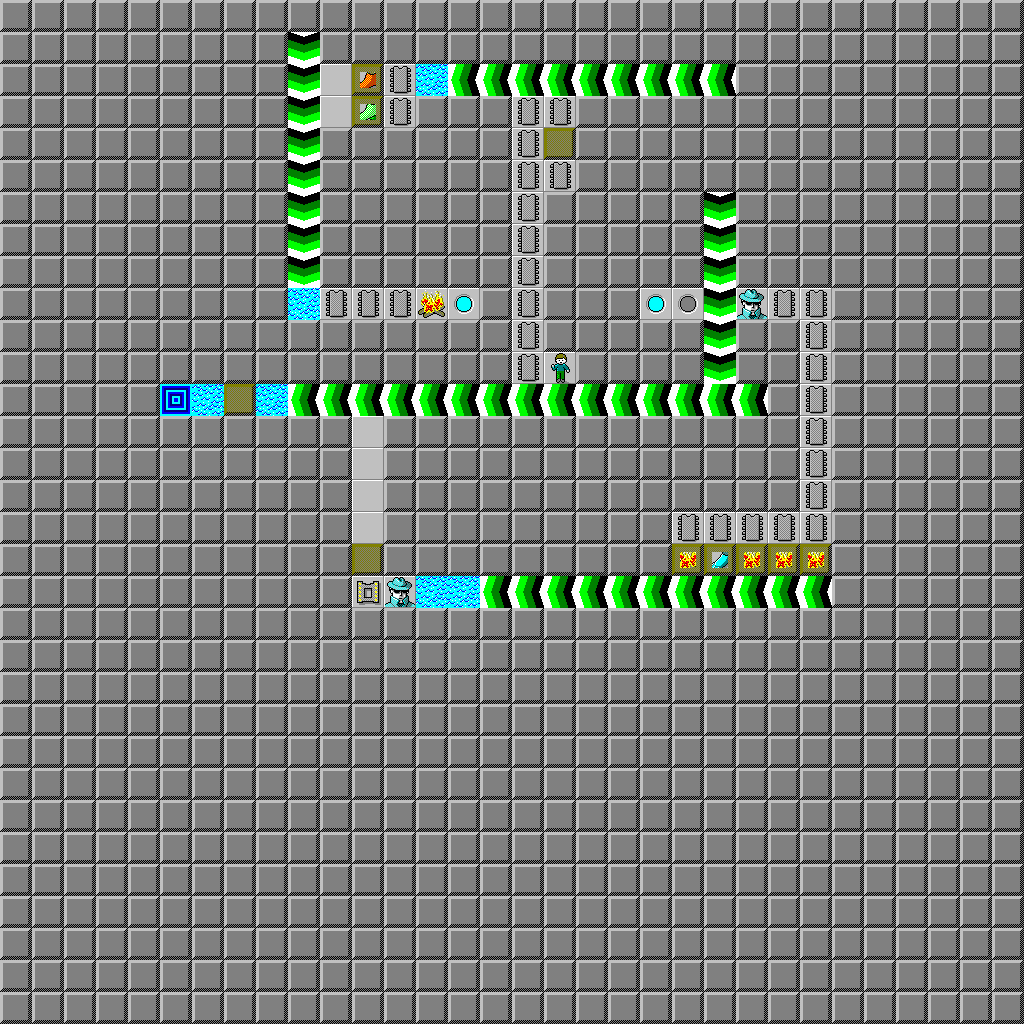