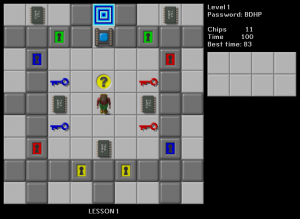 Differences in the Lynx emulationEdit