Block Party is the 4th level in Chip's Challenge Level Pack 1, and the fourth of the lesson levels. In this level, the player will learn all about blocks and their various uses, such as being pushed into water to create dirt bridges or to blow up bombs.

Block Party is slightly more complicated than the previous three levels, but not by a particularly large margin. For the sake of being concise, here are a few areas of interest to acquire a 207:

The remainder of the level is mainly simply following the intended path. With enough perseverance, a score of 207 should be no problem, thus giving the level a difficulty rating of only 1. 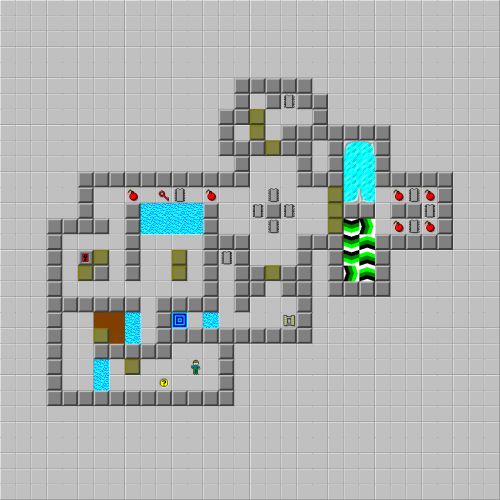