Without a level editor, this solution is rather cryptic to find, because the flippers are in a location which doesn't free any blocks for use, and the route that does not use the flippers, known as the no boost route, won't enter this area using only five blocks. For this route, which has reached 434, see the second uploaded AVI. 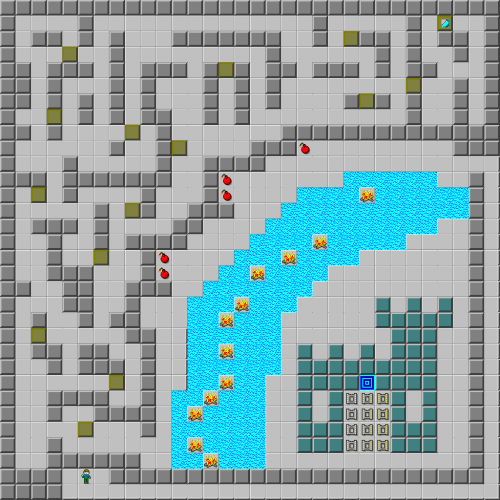