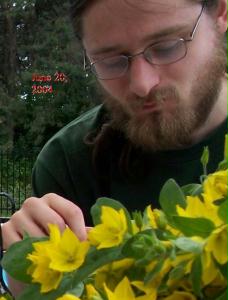 Jimmy Vermeer is the 22nd highest scorer in CC1 and the 18th highest scorer in CCLP2. He created a website which had the CC1 and CCLP2 high scores overall and the times for each level. Also featured are CC statistics such as the easiest bolds (the most and least reported bolds), photos of the top Chipsters (many of which are featured on this website) and other information both related and unrelated to Chip's Challenge. The website became extremely outdated as time went on, and has since gone offline.

He has one level set, JimmyV1, which can be downloaded at the Yahoo Group archive. One of its most famous compositions is Which One Next? - the ultimate itemswapper level, which got into CCLP3.