Jumble is the 27th level in Chip's Challenge Level Pack 3. It was created by Tyler Sontag, and was named Obstacle Course in the original set. The name change was likely to resolve a naming issue between it and the other CCLP3 level of the same name 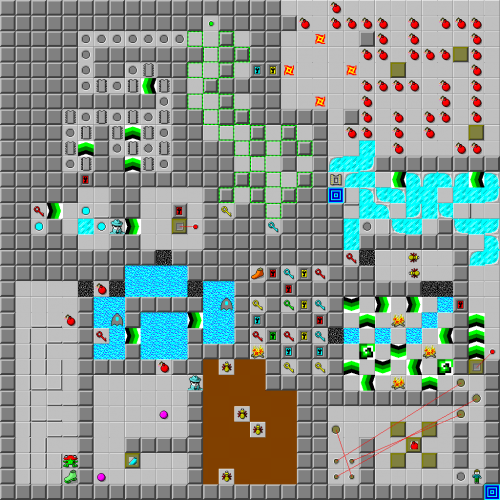