Jumping Swarm is the 91st level in Chip's Challenge 1. Despite the stigma attached to it by many Chipsters, especially less advanced players, Jumping Swarm is not that hard with a map. Otherwise, more time will be spent looking for the chips, which leads to more walkers being cloned from the clone machine and, thus, more deaths. If the given route is used, there are very few areas where collisions can occur, and most of those can be avoided easily due to the wide-open nature of the level. Only the last chip poses a problem, but it only takes 30 seconds for each attempt. 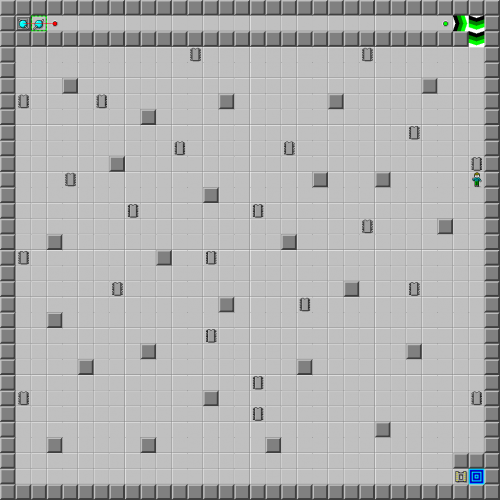