Memory is the 103rd level in Chip's Challenge 1. Like similar levels close to it in the lineup, Memory is a collection of cells; this level is a rough 8x8 grid, with chips in 37 of the cells, and the cells broken up by toggle walls and tanks. The main fork in the level is located after the initial moves of 5L 7U RU 4R 4D LD 12L R 4U L, just stepping L off one of the green buttons. North moves towards the exit, while west and east contain many of the chips. 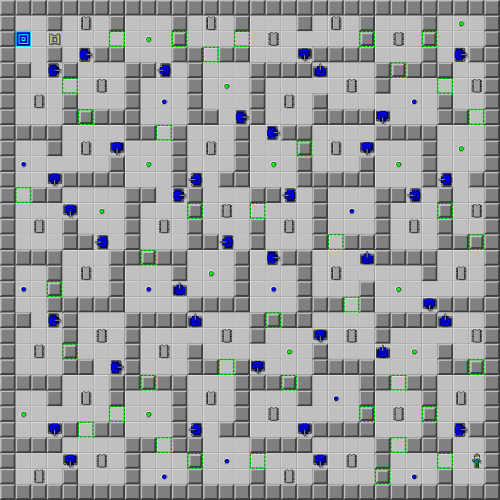