Who's the Boss? is the 45th level in Chip's Challenge Level Pack 1. It was created by Miika Toukola and originally appeared in his set kidsfair.ccl. The objective is to collect the chips while a Teeth is following close behind. Chip can clear dirt from corridors, allowing the Teeth to be sidetracked into the wrong one. While the teleports in each corridor allow more freedom of movement for Chip, they also make it impossible to trap the Teeth anywhere for a longer time. Whoever wins this game of tag, is the boss! 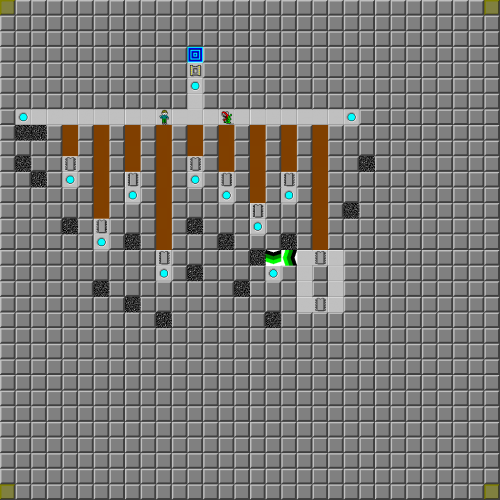