A Fleeting Memory is the first level in Chip's Challenge Level Pack 2. Named for Memory from the original set, A Fleeting Memory is nowhere near as hard, because it is actually busted: unlike Memory, Chip can manipulate the tanks around with intelligent use of toggle walls to stop and reverse them in order to reach the exit without requiring any chips. The version of this level in Drew's original set, named Drew's Memory, originally contained this bust; but since the release of CCLP2, Drew placed a socket directly in front of the exit to correct this. 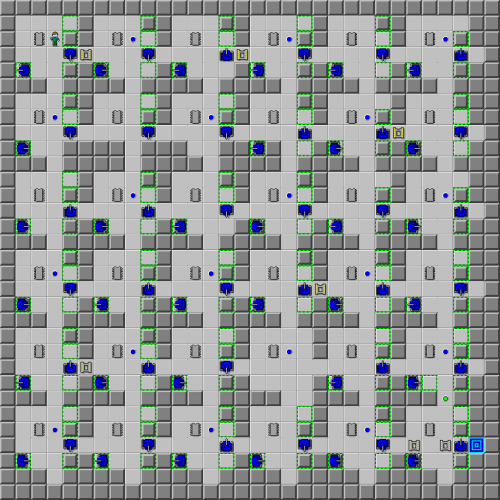