Beware of Bug is the 42nd level in Chip's Challenge 1. While I.C. You required the use of the hint, Beware of Bug requires nothing beyond the knowledge of the monster paths. The entire level is a spiral with chips in inside corners, and five monsters attacking Chip along the edges. At the start is a water space which will destroy the monsters aside from the glider. All monsters aside from the paramecium will move around the edges; in the case of the paramecium, step out to the edge and let him move onto the chip location.

The order is one run, paramecium, one run, fireball, three runs, bug, one run, glider, and one run for a second paramecium. The glider will survive and catch the second paramecium, which together will leave the exit the only place to hide. By collecting chip 1 such that the first paramecium must circle and keep the glider trapped on row 1, Chip can still score a theoretical time of 1, which is possible in almost all CC1 levels with the exception of Jumping Swarm. 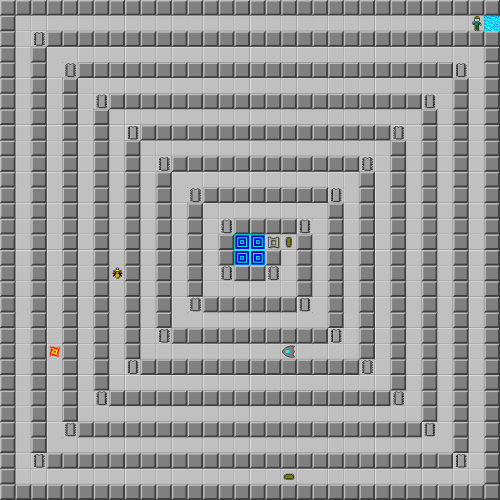