Chips on the Blocks

Chips on the Blocks is the 62nd level in Chip's Challenge Level Pack 2. The beginning sokoban area is adapted from the first level of Pocoman, a game requiring the character to move items onto specific spaces, and is a vertical reflection of the second level of the original Sokoban game by Thinking Rabbit.

Move block 1 L, block 2 2L now that there is room, and then use blocks 2, 3, 5 and 1, leaving only the three stacked in a column. Knock block 6 L, then use blocks 4 and 6, and now circle to the bottom edge and drop block 8 into the center. Pull block 7 3U on the way around, then use the remaining blocks separately. The landing from this long ice slide has three possible exits, only one of which is safe; fortunately, the two fires at the other two were visible on the way across.

Slide across the top, take the first chip near the pink balls and play 6D 2R to the other. Escape this, go to the five ice slides, and take the fifth to collect fire boots. Use this in the ball area to collect flippers from the lower of the fires, and then take the third ice slide and hold over the force floors.

Eventually, continue holding west, then pass the thief, and then come to the final section; Chip must push one of five blocks in seven sections. One block in each section has a bomb under it, so make sure Chip doesn't move those blocks. Among other solutions, an easy one is to push block 4 six times and block 3 on the final column to reach the exit safely.

Because Chip has to boost backwards off of a force floor at (26, 22), Chips on the Blocks is not solvable in Lynx. To fix this, CCLXP2 simply changes both of the force floors to random force floors, as it produces a similar effect to the original under Lynx rules. 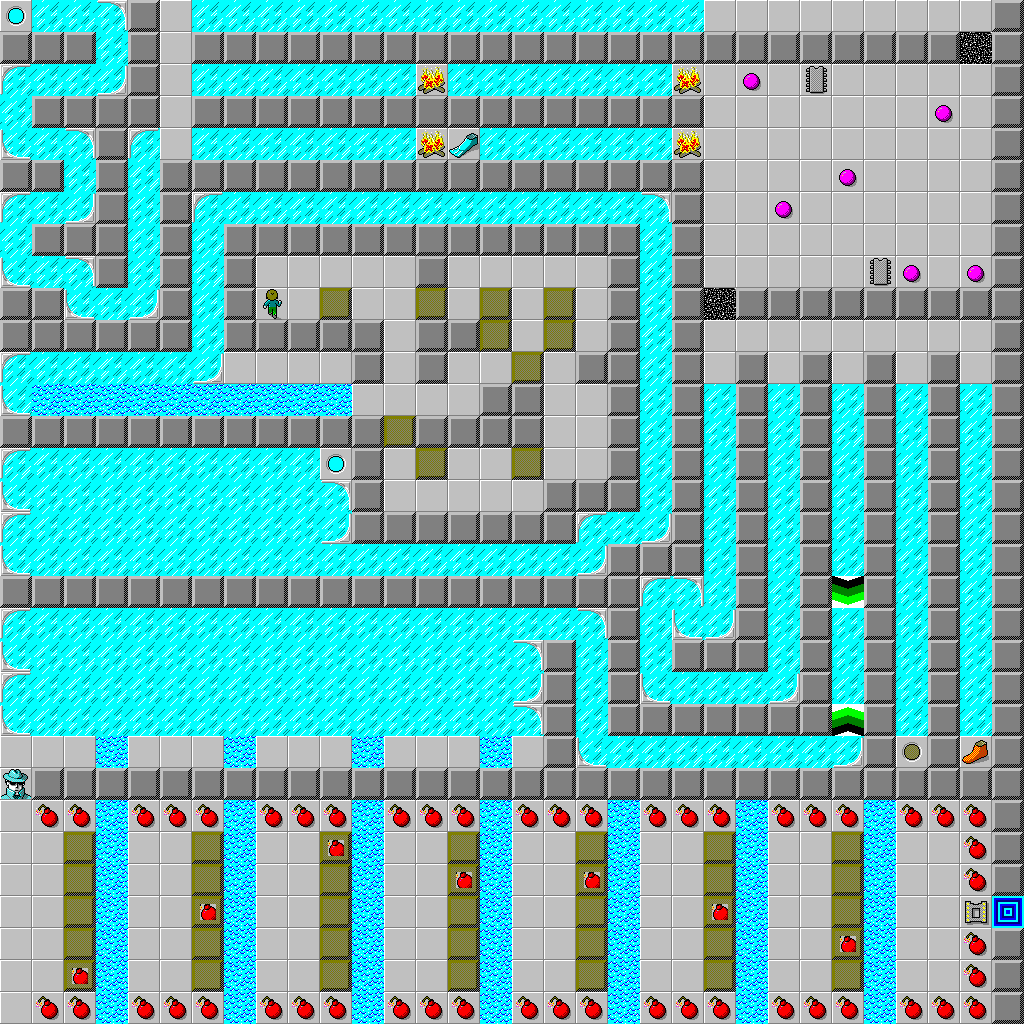