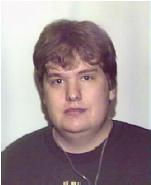 Evan Dummit is the eighth highest scorer in CC1 (5,977,400) and fifth highest scorer in CCLP2 (6,049,870). Outside of these high scores, Evan is known for EvanD1.dat, which is seen as instructive enough to have its own section in the Public TWS. EvanD1 is generally a very difficult set with tricks similar to David Stolp, but without any insane levels. However, the famous inanity.dat is composed almost entirely of insane levels, requiring odd clone machine connections, the occasional death of Chip, and ways to generate an exit tile where none existed.

This article is a stub. You can help Chip's Challenge Wiki by expanding it.