Flame Thrower is the 47th level in Chip's Challenge Level Pack 3. It was created by James Spriggs. Quite literally, Chip throws flames into bombs throughout this level, collecting chips in specific orders to deflect them along specific paths. The final room includes three fireballs that must clear the way to two keys and the path to the exit. The level is made easier to complete by not requiring every chip to be collected.

A good strategy for solving the level, regardless of intended speed, is to create a path for a fireball to follow and then release it from its 'cage' so that it will blow up a bomb without any further guidance from Chip. If the 2 tile sections prove challenging, the trick is to take the chip when the fireball is adjacent to it, as the fireball will move first and deflect off of the now-taken chip. 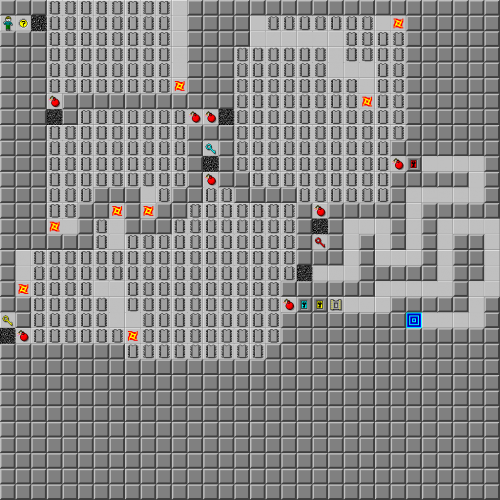