Frozen Floors is the 27th level in Chip's Challenge Level Pack 2. Clearly named for the combination of ice and force floors, Frozen Floors is a very good level to practice boosting on, particularly long stretches and ice/force transitions.

Play L 4:[LDRD] to collect four of the chips, then move to the chip on the right side and finish the column of five. Now, Chip can move to the main level; slide onto the ice, step down off the third force floor and collect the resulting chip, then play RU and U 2R U to another chip, and L and all the way down to turn to the right side of the level.

This leads to the final two chips; slide over the next ice patch, then D off the east force floor, and L off the socket to eventually drop into the exit. Be wary that several possible [1] losses drop a spring slide and thus cause a total loss of [2]. 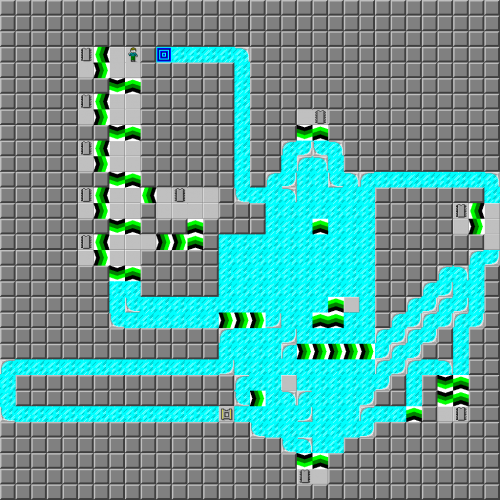