Joyride II is the 114th level in Chip's Challenge Level Pack 2. This level, the sequel to the original Joyride I, is largely a copy of that level; all the bombs have been replaced with computer chips. In this case, that leaves five extras; Chip must leave one of them behind on the second turn west, and then must leave another four behind. Also, the teleport pair that shortens the original has been broken.

Take the first three chips, then the five to the north, and hold to the bottom to collect that chip. Continue R, then move 2U quick to collect this chip, and then 2D and U. Hold south, leaving the chip in the north-east, take this one, and then 2R and back 2L. Chip now comes to one chip, and then to the choice of two; he can take either one.

Wipe out one chip west, two north, three east and then the one in the middle of the turn, then two south and the chip on the bottom of the west turn. Immediately move 2U, bypass the chip below, and take the next chip, then move R and slide to one chip, and hold R to another one. This leaves behind the last two chips on the top end; finally, slide to the next chip and jump into the exit. 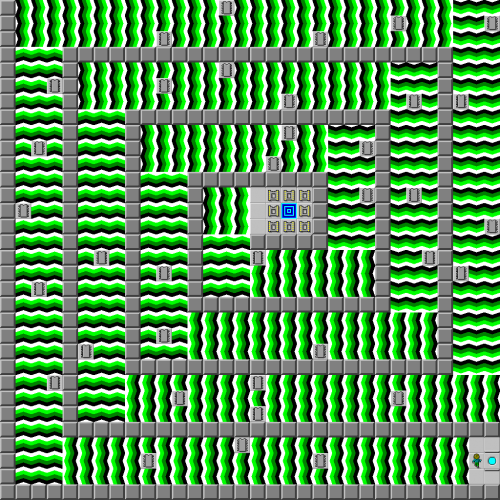