Oracle II is the 141st level in Chip's Challenge Level Pack 2. Noticably harder than Oracle I, the other part of Dale Bryan's two-part series, Oracle II is not very hard on the left side, but the right side is a right difficult. Fortunately, it can be inferred where Chip must move the blocks in order to free the entire area for use.

In the case of Oracle II, there are bombs in place of the water in the original one, which shortens it slightly, and the path to the exit turns to the left, using an ice space which makes the level just a tad harder to collect the bold time on. There are also two separate directions that Chip must build the blocks from; Chip has to start on the left, because he can only switch the toggle wall once by touching the red button, which clones a block onto the green button. 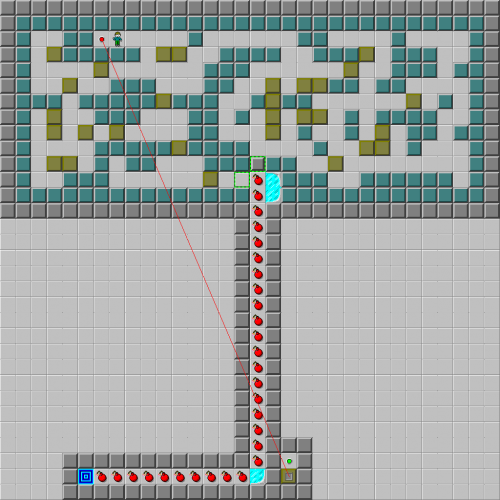