Thief, You've Taken All That Was Me

Thief, You've Taken All That Was Me is the 147th level in Chip's Challenge Level Pack 1 created by Tyler Sontag. It is one of the Secret levels in CCLP1. As the hint states, do not pick up any red keys or you will not be able to exit the level.

Once the thief has taken your suction boots, return to the starting point and grab the green key guarded by gliders. With the green key, you will have access to the remaining rooms where puzzles need to be solved to collect the 5 chips. 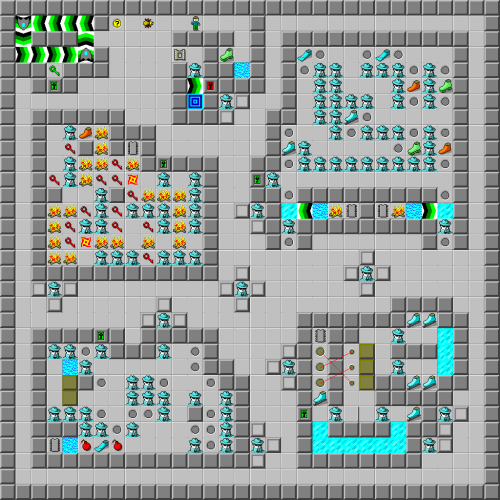