Bind Mender is the 126th level in Chip's Challenge Level Pack 4. It was created by Miika Toukola and originally seen as part of the January 2016 Create Competition held on CC Zone which required building levels using only a limited selection of tiles. The level has seven blocks that need to be pushed along their own rows into bombs. This objective is fairly clear but is inhibited by force floors that would take the blocks off track if they are not blocked first. Finding when to push each block forward and how far is the meat of the puzzle. 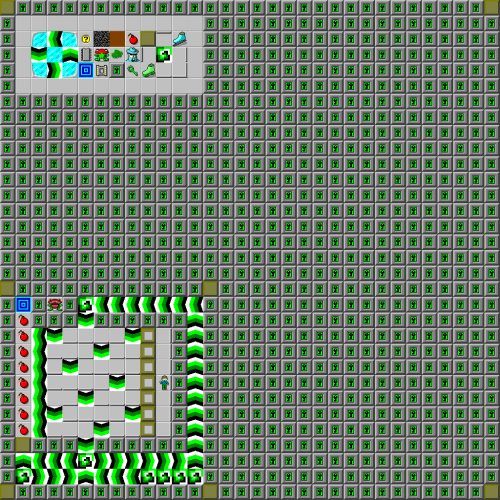