Colors for Extreme is the 81st level in Chip's Challenge Level Pack 1. It was created by Tyler Sontag. The title is a reference to the song Colors by dj TAKA, which appeared in the rhythm game DDR Extreme in a shortened form where it was named Colors (for Extreme). The hint to this level contains some of its lyrics.

This level contains a bust in both the MS and Lynx rulesets. It is possible to use only one recessed wall per block in the ice room. Thus, after the first block is pushed in the water next to the brown button, the second block can be used to hold down the trap button. The glider was intended to hold it down later in the level. 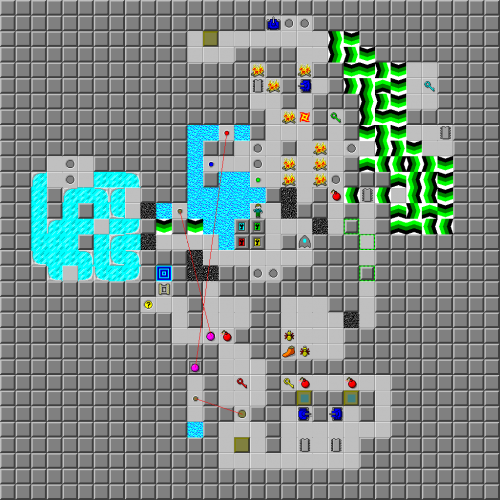