Jump to: navigation, search
Not to be confused with Elementary.

Elemental is the 18th level in Chip's Challenge Level Pack 2. Likely named for its use of fire and water to create mazes, with ice to make the bold a little more difficult, Elemental is breezy work, although it takes a bit of time.

Walk the given route and try to get the boosting down; the maximum route is 237.2. The order of certain chips allows less time to be spent on failed attempts at boosting by attempting the hardest chips soonest, and sometimes allows for specific boosting techniques to be executed easier. The chip in the far southeast corner is taken last by holding the south arrow key, first because it adds [4] to every failed boosting attempt if taken first in this area, and second because a player is already holding the south arrow key after leaving the section above. 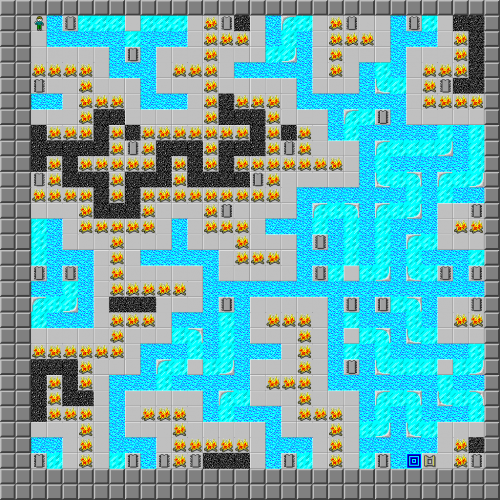