Miscellaneous is the 129th level in Chip's Challenge Level Pack 2. The "miscellaneous" puzzles of Miscellaneous include an up-and-down ball elevator which requires Chip to collect the chips at some point to widen the scope of the ball, and a blocked-off green button which Chip needs to unblock and drop a glider onto in order to pass the socket; however, Tyrethali Ansrath just had to leave the lower end of the exit open, which may have been intentional. Chip, however, can sneak in through that area, despite the heavy concentration of pink balls in front of it, and bust Miscellaneous. 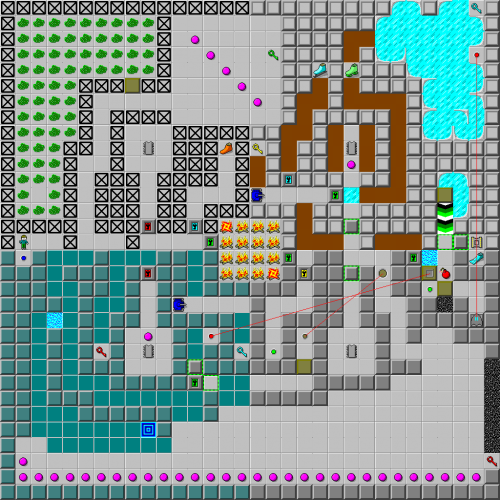