While Chip can simply take the level's two chips, this causes the pink ball controlling the brown button to trap or release the one controlling the blue button too soon, and therefore cause the tank to open a column of toggle walls. This sets off the "security system" by releasing more pink balls into the exit corridor, which cannot physically be passed when released. To avoid this, Chip must keep the rhythm going in some way.

The intended solution is to push the blocks next to the chips, then collect them and quickly put the blocks in their places to stop the pink ball from getting out of rhythm. However, there is a slightly busted solution; cover the brown button with block 2 from the far right side, which maintains equilibrium and allows Chip to collect the two chips and exit with no danger.

As mentioned above, Security Breach is unsolvable in Lynx. CCLXP2 not only fixes this, but also fixes the level to work under both rulesets; when playing the level in Lynx, another pink ball off the side of the level presses a series of green and blue buttons to "normalize" the security system. 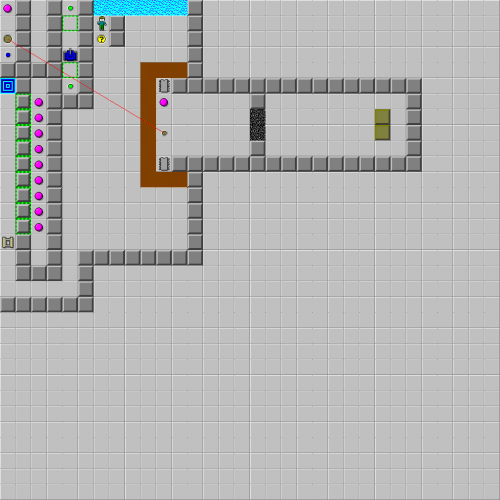