Who Needs a Flipper?

Who Needs a Flipper? is the 10th level in Chip's Challenge Level Pack 2. A water space guards the exit, and while a block cannot be directly pushed into it, moving three blocks around to remove some bombs allows for that. As the name suggests, there are no flippers in the level.

Touch the blue button and run west, then collect the loose block and move it 5L, and collect both chips to the west of the block, then the three freed by the glider which was freed by the tank, and, as directed by the hint, the last one under the block.

Enter the top section from the extreme right and throw out the socket, which now allows Chip to build to the exit. Push block 3 4D, block 2 5D to the bomb, and block 3 underneath the water. Now, use block 1 to remove the bomb under the third, which allows Chip to reach the exit. 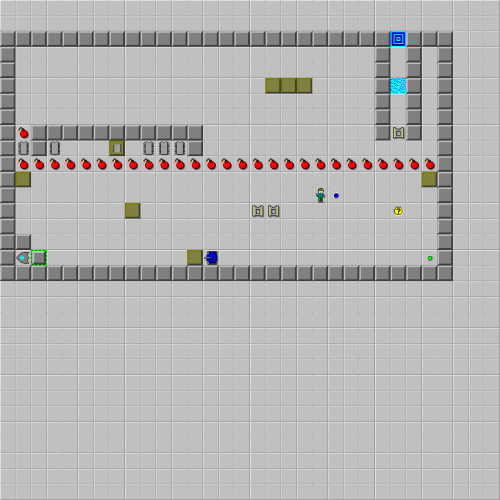