The intended solution involves using the 2 blocks near the pink ball along with one of the blocks from the right to reach the blue key (by blocking the left-pointing force floor). The other 3 blocks are taken into the room below the yellow and red keys. Push two blocks back across the ice strip and immediately use the third block to trap the second block on the ice. Now collect the red and yellow keys, go through the doors and push the bouncing block across the water to exit. 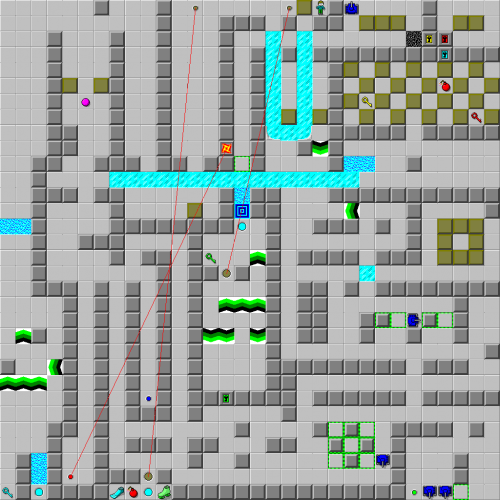