Yorkhouse is the 139th level in Chip's Challenge 1. Although the names of CC1 designers are not officially known, this level is believed to have been designed by Bill Darrah. If you map the level out, it does indeed look like a castle with various "prisons" in it. This level is full of walkers trapped inside artificially created cells, which will be released when Chip takes the chips. Yorkhouse is not difficult, but tedious; there is plenty of wiggle room for Chip to move through if the walkers prove to be attacking him. All you must do is watch the road ahead.

The AVI walkthrough shows how to beat Yorkhouse in 79 seconds, which requires no pauses in collecting chips. The probability of success has been tentatively calculated to be about 10%, although the true probability is difficult to calculate.

The Yorkhouse castle is the logo of designer Bill Darrah's puzzle company of the same name. A smaller, reversed version of the logo is also present in Castle Moat, also by Darrah. 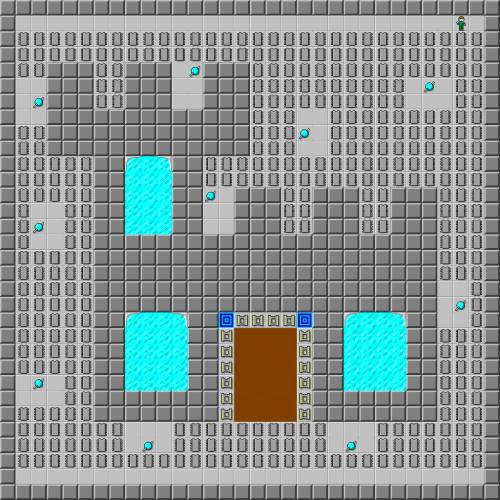