Brushfire is the tenth level in Chip's Challenge 1. In this level, Chip must follow the correct path through the maze of fire, and there is also a bug in the maze which will start to bother Chip after a couple wrong turns. Thankfully, the bug is never seen in the 51 route.

The technique of window shopping is useful here - dead ends can be seen, and the exit becomes visible along with walls and fire suggesting that it should be approached from the south-west.

In the Lynx version, Chip receives a decade message, but not in the Microsoft version. This "lost message" reads as follows:
After warming up on the first levels of the challenge, Chip is raring to go! "This isn't so hard", he thinks. 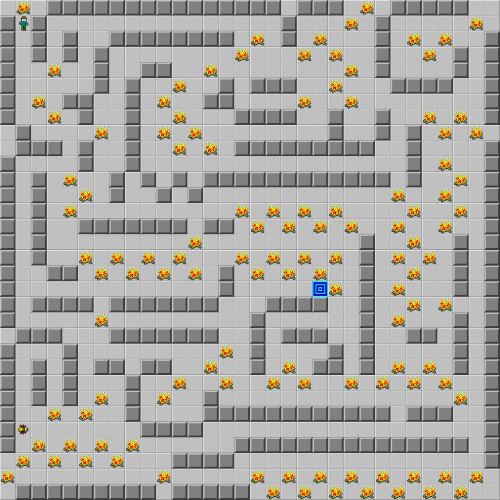