Bumble Boy is the 73rd level in Chip's Challenge Level Pack 2. Thankfully, after the monstrously hard Checkerboard I, this level serves as a nice, easy breather level.

Circle with the bug, then move to the west and collect the chip and keys, then follow the path to the top and open the blue and then yellow locks. Push the block U 2R, up, and then around the edges of the left wall, and finally 2R to cause the starting bug to move directly north and change the toggle wall. Continue to play 3D 2L, then hold the south key to pop into the exit.

When using the Lynx ruleset, which omits the "free" starting move, Chip is always killed by the bug right above him at the start of the level. One might think to simply move Chip one tile below his original start point, or to move the bug one tile up; but in CCLXP2, a west force floor was added to the right of the bug, and to the right of that a west thin wall was added. Additionally, an ice tile was added underneath Chip and skates were added two tiles to his right at (18, 15). 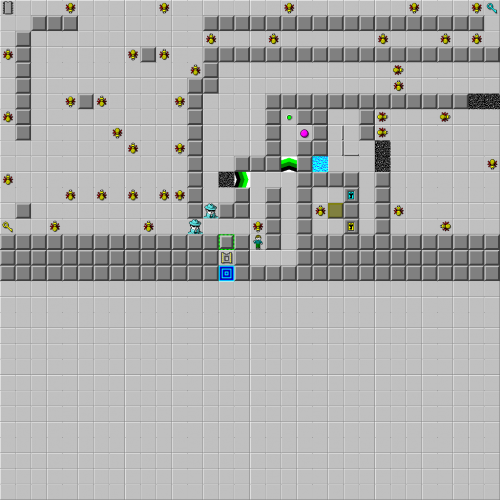