Frost Swirl is the 80th level in Chip's Challenge Level Pack 2. A quite simple level, Frost Swirl is made up of a four-sectioned ice track around the level, with each ball occupying its own section, and with 3 different-colored locks on each one, each having a key and chip behind them.

This will be broken up only by the sliding pink balls; it's easy to wait for them as shown.

In Lynx, the gravel buried under locks render Frost Swirl unplayable. For CCLXP2, the lock and key were moved one tile back and the chips were moved to the side of the keys rather than behind them, since touching the edge of the map can kill the player in pedantic mode of Tile World Lynx. 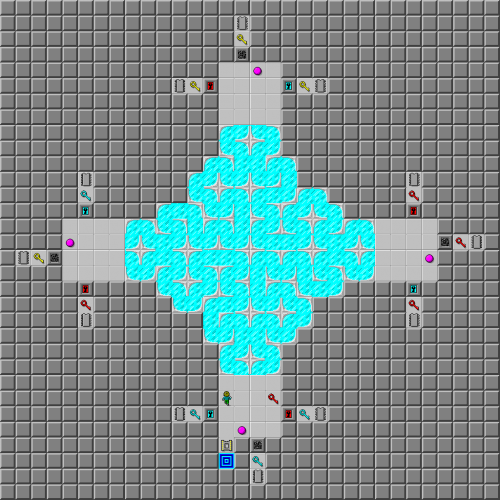