Iceberg is the 21st level in Chip's Challenge 1. The base of the level is a clone block, which builds a block bridge through the water and ice mass which names the level. One place that can't be reached yet is the "exposed" exit, actually guarded by hidden walls. Instead, start building from 3U 3R off the clone block and take four blocks along (it is possible to reach the exit by building along the path that connects to the initial island, but the former route is quicker); while collecting the chips, bring the block along to [16, 8] and push it D to open a shortcut to the exit.

Be careful of cross-checking when pushing the third and fourth blocks; avoid the boosting in these areas. This level is thus frequently the introduction to cross-checking for many beginning players. 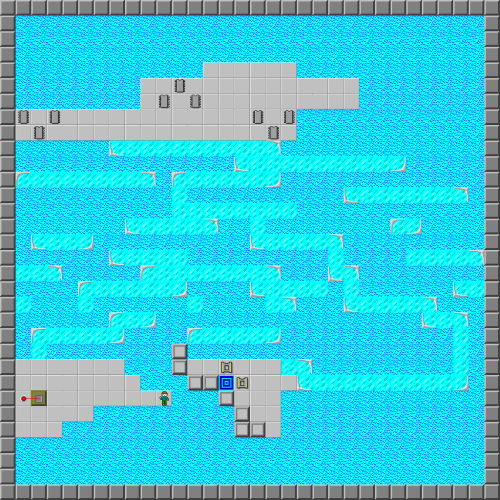