Marooned is the 126th level in Chip's Challenge Level Pack 3. It was created by Joshua Bone. Due to being a very short and easy level, it is arguably one of the easiest levels to achieve a bold time in both MS and Lynx.

Start off by hitting the green button to free the blocks; if this was all the walls ever changed, Chip could either walk straight to the flippers or use the blocks to bridge north to the exit. Neither is possible, since there is a teeth located out of sight initially on top of a closed toggle wall and R away from another green button, and it will hit the button when Chip enters the area between the toggle walls.

Hence, the solution is to bridge back to the green button again and hit it twice, which will allow the teeth to reset itself back to the right side. The bridge will allow Chip to return to the center while the toggle walls are closed, which was previously impossible. The teeth will now open the toggle walls such that Chip can collect the flippers and exit.

After the lengthy challenge of the last level, a pleased Chip stood proud after swimming to the exit, unaware that one of the gliders nearby had followed him through. Without warning, the glider knocked him unconscious.

Several minutes later, Chip woke up, stranded on an island. "How did I get here?" he wondered. "Maybe I should've taken the title of that last level a bit more seriously..." 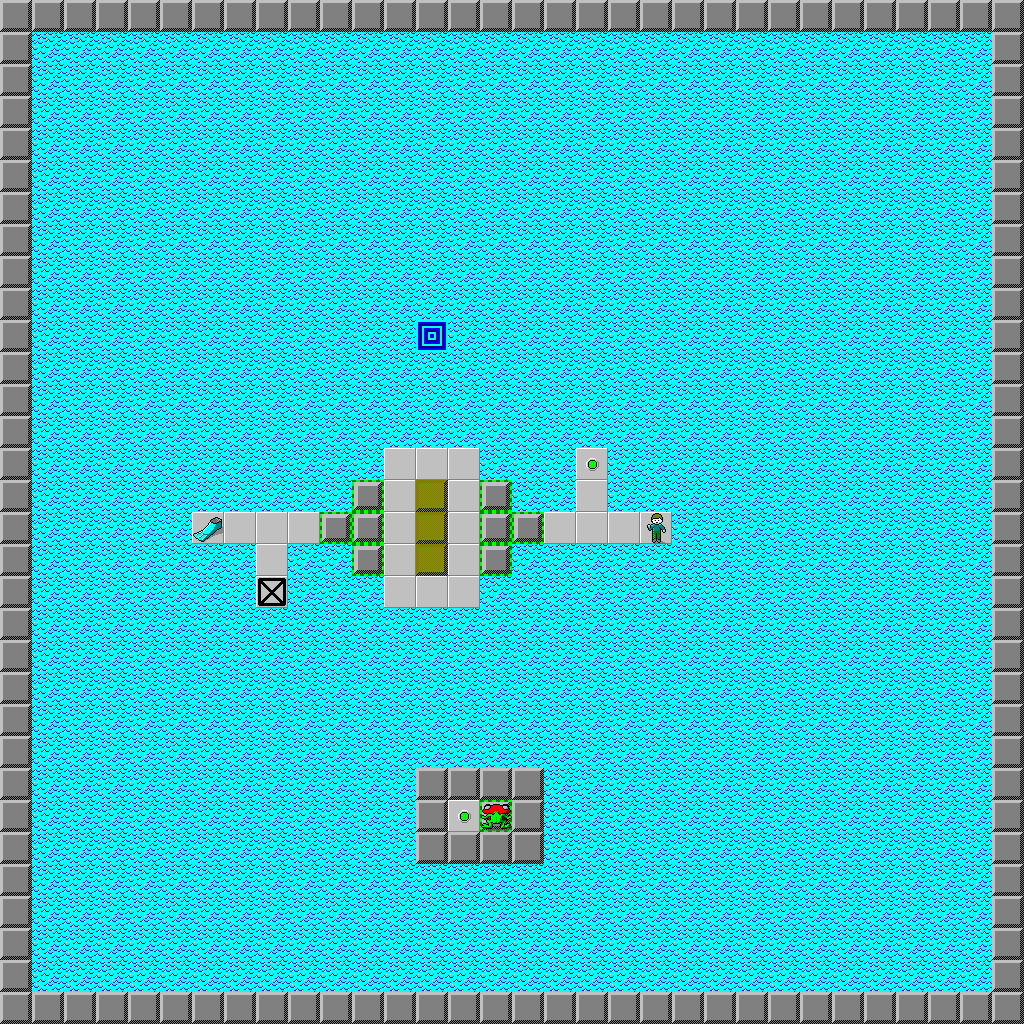