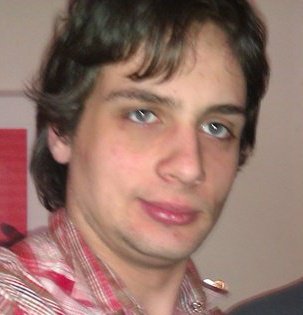 Tom Patten, also known as AdrenalinDragon and Tom P., is a Chipster from England, a level designer, and the original founder of CC Zone.

Tom has created three level sets, each with 149 levels. His first set, TomP1, was released in 2002. The set begins with short, simple levels, but as the set progresses, there are more skill- and luck-based challenges to the point of excruciating difficulty. Most of the later levels contain monster dodging with some minor puzzles. Rock Généreux did an LP of this set, and, while he praised some levels, he did not enjoy the amount of luck and guesswork involved. For level 144, Nightmare on Block Street, he stated, "You should be arrested, Tom, for making such crap!". His second set, TomP2, was released in 2003, and is very similar in style to TomP1. His third set, TomP3, was released in 2007. There is a Lynx-compatible version of the set available as well. This set is still similar to the previous two, but the level quality is improved. It includes more clever puzzle concepts and reduces the amount of guesswork and luck that plagued the previous sets. It ends with the famous Final Destination. Tom started work on TomP4.dat, which he planned to be heavily story based and set after TomP3.

In August of 2008, Tom founded the Chip's Challenge forum CC Zone, which is the current alternative to the now-defunct Chip's Challenge newsgroup. It encourages community involvement by holding both time trial competitions and level designing competitions. After a brief demise in 2011, he revived CC Zone in 2012 as CC Zone: The Next Level, which would later become the primary location for Chip's Challenge Level Pack 1 voting in 2013.

On 13th March 2015, Tom announced his resignation as Site Owner and Administrator of CC Zone. He still technically owned the site, but was not much involved in the community. He set up a Patreon account (no longer running) so others could pitch in to cover the costs of running the site.

During the month of January 2020, with Tom's help, the site's data officially transferred to https://forum.bitbusters.club/, which is currently owned and maintained by Cowman and Tyler Sontag. The original site has since closed down.