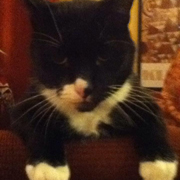 In 2016 and 2017, Zane updated some of his CC1 levelsets with major changes to most or all of the levels. However, his four levels submitted and included into CCLP1 and CCLP4 are from the non-updated levelsets.

Though he prefers level design, Zane is a proficient optimizer in CC1 and CCLP1.