Key Insight is the 48th level in Chip's Challenge Level Pack 4. Its designer, Jeffrey Bardon, originally created it to suit the requirements of the January 2016 Create Competition he hosted on CC Zone, where the theme was to design levels using only certain selected groups of tiles. However, he disqualified the level from consideration,[1] because he as the host would have had biased judgement for his own creation.

Initially, Chip must not pick up any yellow keys. Go around the "key maze" to the north, through the toggle wall and recessed walls and around the tank. Pick up the red key in the bottom left corner of the room and time your return path carefully using the blue button. After beating the tank back to its resting position at the top of the room, go through the red lock. If any yellow keys were picked up, the next room will be inaccessible due to the "trap door" mechanism guarding it.

Two passes must be made through the room to the east; the first marked in red on the map below and the second marked in yellow. 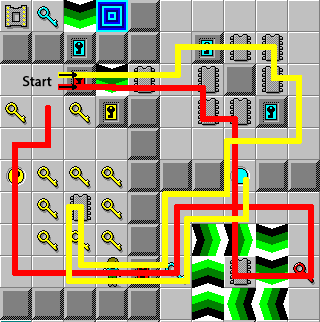 Do not open the blue lock adjacent to the teleport or the next area will be unreachable. After reaching the room in the bottom-right, pick up the chip before pressing the blue button. Past the tank, navigate through the blue wall maze to pick up the blue key and press the toggle button. Exit through the recessed wall on the left, enter the chip surrounded by invisible walls from the left side, and proceed north to the next room.

The solution to the recessed wall maze is as follows: 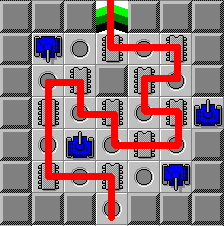 In the next room, collect all the chips using the green key, exit the room to the right and repeat the same tank dodging trick from the beginning of the level. Open the chip socket and pick up the third blue key in the level. Chip must now dispose of two blue keys before he can complete the level. Return to the main room, without picking up any yellow keys, and proceed through the top-right room from before. Use one blue key on the lock in this room, then go around to the room below to open the second blue lock. Finally, return to where the socket was cleared and proceed to the exit. 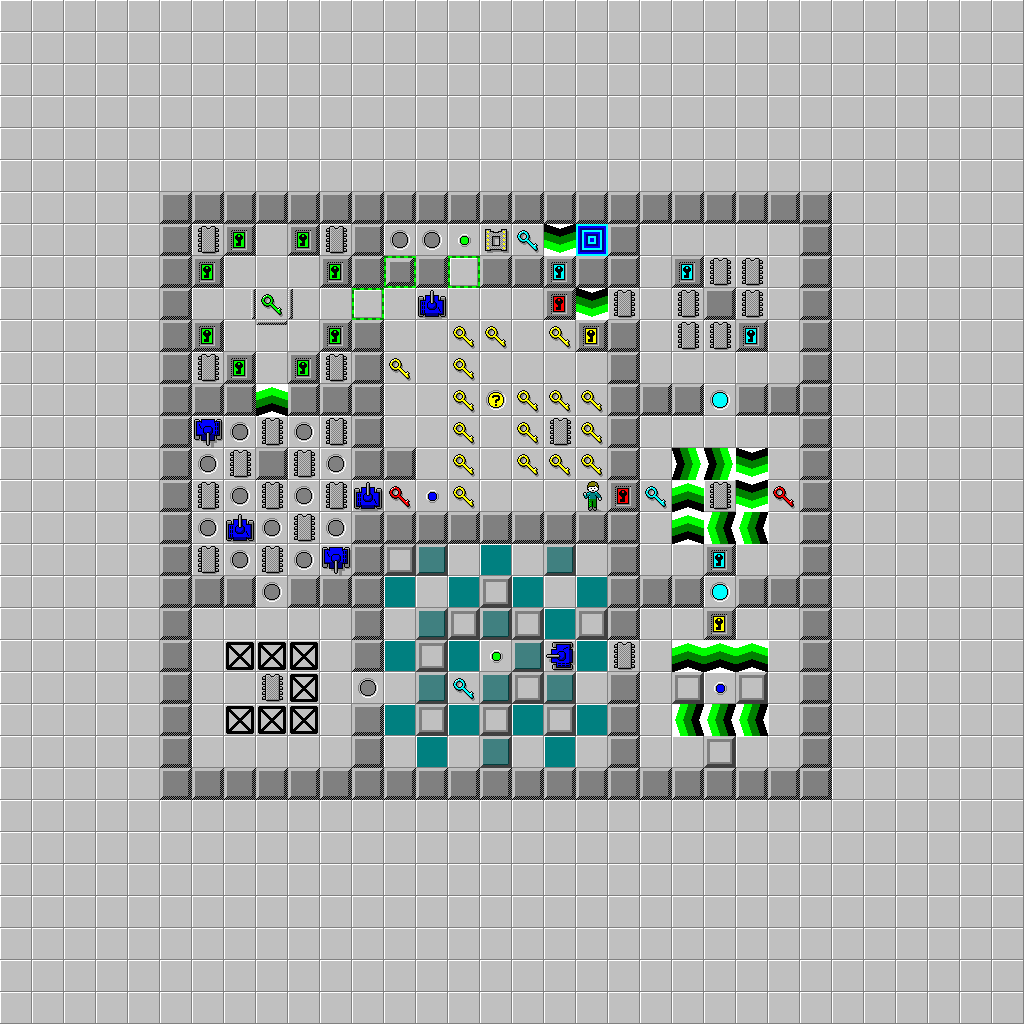