Fire and Water is the 29th level in Chip's Challenge Level Pack 2. Originally named Fire Trap and released as such, after a time, the CCLP2 staff decided to change it, due to that it was the name of a Chip's Challenge 1 level, along with fellow infringer Fire Bugs from Fireflies for the same reason.

Fire and Water is a very easy level to complete. Collect chips 4 and 7 in the first square to the right, then the fire boots, the seven remaining chips, and move the existing block into the fireball line and up onto the red button, which stops the cloning permanently. Chip can now circle around the rest of the level and take the remaining chips without impediment, finishing in the northeast, and dive into the exit. 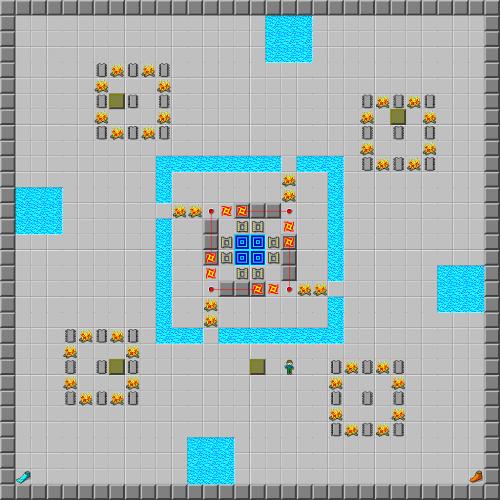