Follow the Glacier Brick Road, often shortened to Glacier Brick Road in references, is the 85th level in Chip's Challenge Level Pack 2. It was originally named The Nameless Level I Made While Bored, and was obviously changed to include in the set. In this level, Chip simply has to follow the open route with only a few forks in it, and then retreat over the hidden recessed walls.

This level is known for having some of the toughest boosting in CCLP2. There are 72 boosts, and all of them must be executed in order to pick up the bold. This is no easy feat on its own, but often these boosts combine into tricky spring slides, which are notoriously difficult to collect, and they often happen right after each other. The route is better seen rather than explained due to its length; to see a 306 for yourself, view the AVI below.

The walls under computer chips and the hidden recessed walls make this level unplayable in Lynx. Since the route is not affected by their presence, CCLXP2 simply wipes the lower layer clean, and as a bit of an added bonus, replaces the buried recessed walls with dirt tiles. 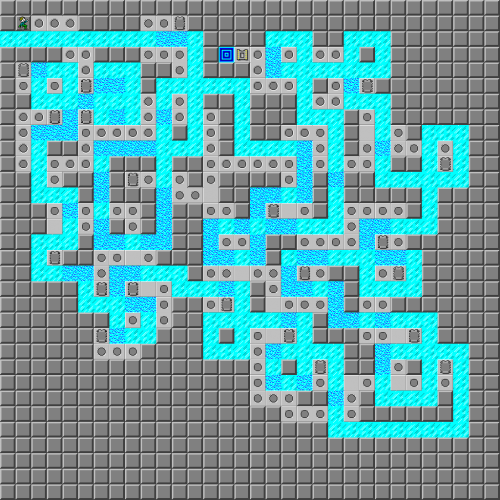