If I Ran the Zoo

If I Ran the Zoo is the 55th level in Chip's Challenge Level Pack 4. It was created by Joshua Bone. As the hint states, you will need to release monsters into each of the six enclosures such that all brown buttons are being pressed by at least one monster and the monster will not die before you reach the exit.

Multiple monsters may work in certain rooms, however you only have one of each monster to work with and must therefore coordinate the monsters you are using in each room. One possible solution is below: 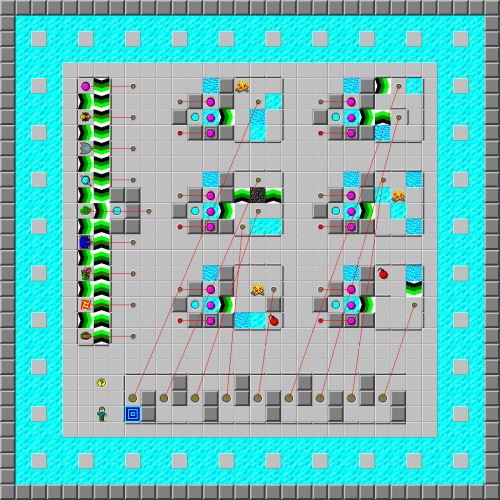