Same Game is the 143rd level in Chip's Challenge Level Pack 3. It was created by David Stolp and originally appeared as level 8 in pi^2.

This level really requires Chip to think outside the box. The main concept is to carefully keep the trap and clone buttons pressed with the blocks so Chip can, at the end, pass through the prolongued trap passageway, to reach the exit. Due to the compact space of the chambers, as well as the new elements (like force floors and recessed walls) introduced within each further chamber, it's very easy to cook the level, so each and every move must be planned before acting. The bold route is slightly easier to perform, provided that Chip can memorize the necessary moves. If he can figure out the last room, everything else should fall into place as well. 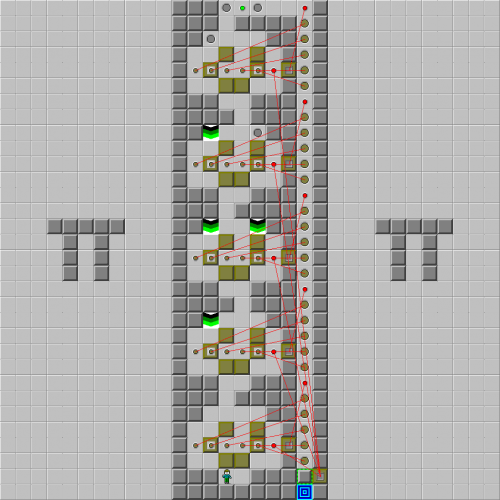