The Block Stops Here is the 82nd level in Chip's Challenge Level Pack 2. The basics of this level are simple, but there is a seven-way choice that will kill most players several times without the help of a level map.

Run all the way south to the teleport, collect the 44 chips from each paramecium room, and then teleport back north and 8R. Now, move to the seven alcoves of two chips each, step on the first five in order, then the seventh and sixth, and touch the red button to clone seven blocks that remove all the hidden bombs. All of the other six buttons will kill Chip. A good alternative way for non-level editor players would be to retrieve blocks from a corner and make gliders erase the bomb tiles due to transparency (being careful not to kill the other Chip with a glider stepping on a red button).

Go back to the first alcove, move the block L, then take the chips and then move [2] 3D 5R UR 2D 3R L 2U L, which will redirect a glider to the green button so Chip doesn't have to touch it. Now, exit in the northeast, as the gliders will open the toggle walls for you. 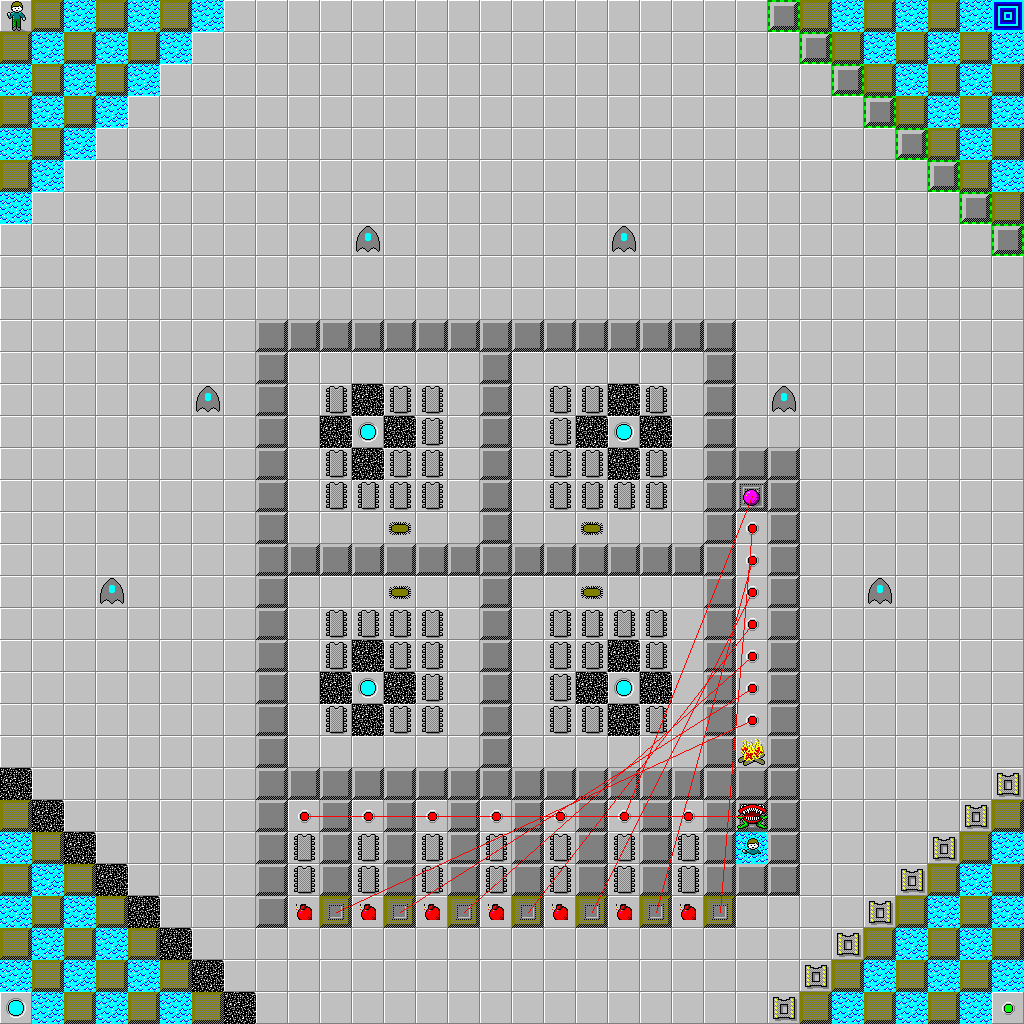