Under Pressure is the 7th level in Chip's Challenge Level Pack 1, and the seventh of the lesson levels. Here Chip will learn about brown buttons and how they interact with traps. A glider loops in a circle that passes through all three traps, allowing Chip to experiment with the brown buttons and learn which button opens which trap.

Push both blocks D once and get the chip behind the trap in the water area, then push block 2 down twice and block 2 left twice to release the glider from the NW trap. Now that you know the brown button connects to that trap, collect the chip behind it and then push block 1 3R over to the second button. Since block 2 is already positioned on the trap, you can push it into the water below to gain access to the bottom two chips. From this point, push block 1 onto the rightmost brown button to open the trap in the NE, then get the one remaining chip and head for the exit. 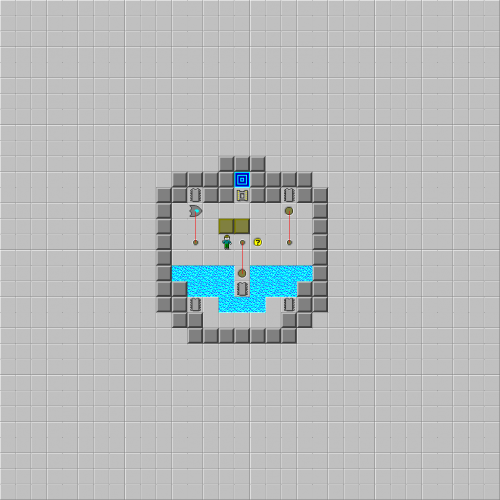