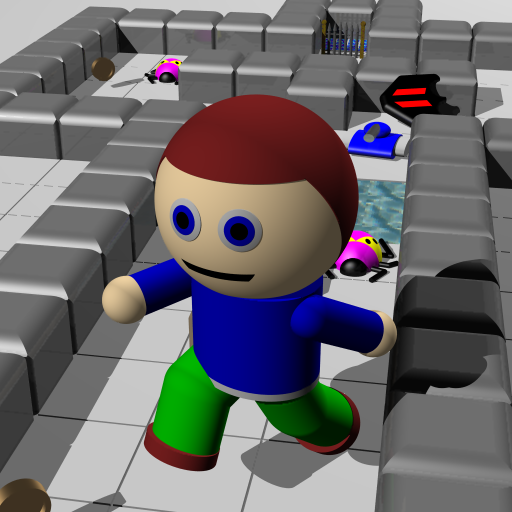 Will's World is a discontinued puzzle game similar to Chip's Challenge for the iPhone and iPad.

The game could be considered a clone of Chip's Challenge. All tiles found in the original game can be found in Will's World. The ruleset is an awkward mixture of Lynx and MS; as a result, Two Sets of Rules is completely busted when played in Will's World. Will's World also has several bugs and glitches absent in other versions, as demonstrated by this TCCLPRejects level.

Will's World can also load and play custom DAT files. Therefore, custom levels can be played using Will's World (although they are not guaranteed to be solvable). 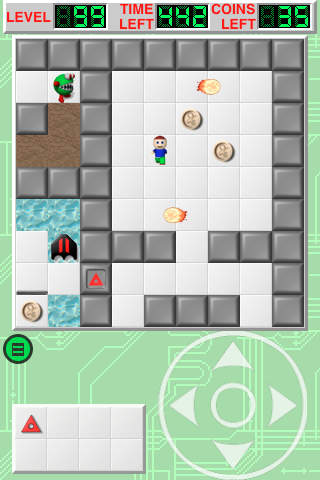 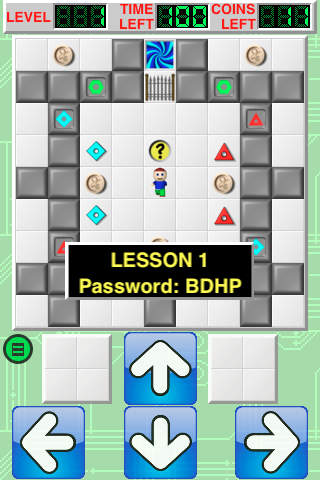 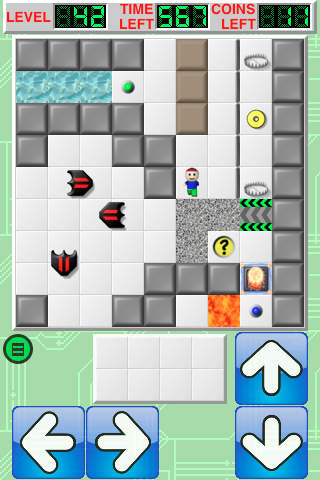 Will's World comes with its own graphics, which are significantly different from those found in Microsoft's version of Chip's Challenge, or in Tile World.

The Will's World graphics were later ported to Tile World, and can be found at the Yahoo! group archive. The POV-Ray source code for creating the graphics is available on Github.

In August 2016, Will's World was removed from the Apple App Store for unknown reasons. As a result, Will's World can no longer be installed without jailbreaking the device, the legality of which is questionable. In 2021, the original source code was made available on Github, with a disclaimer that it is "obsolete, undocumented, unsupported, unsanctioned, unreadable, and unpalatable".