Thanks to... is the 145th level in Chip's Challenge 1 in Microsoft's version and the Steam re-release. It does not exist in any other ports, including the original Lynx game.

It is the first of five secret levels, as well as a credits level; fortunately, it requires absolutely no effort to complete. The significance is that the level is a commemorative, thanking the people who converted the game from the original Lynx version to the popular MS version.

Doug T. was a playtester for the Microsoft version,[1] and Ed H. is probably the artist Ed Halley. Robert Donner created WinMine, which later became Microsoft Minesweeper,[1] though his and Lisa F.'s involvement with the actual game are not known. The TONY mentioned in the password could be surnamed Garcia or Krueger, and is generally assumed to be the former. Tony Krueger was the MS version's author, which is mentioned along with Ed Halley's name in the About Chip's Challenge popup accessible from the Help menu.

To complete the level, slide on the ice and play between the DOUG and T. to reach fire boots and then down to the exit at (31, 31).

In the MS ruleset, the level is able to be completed in only 8 seconds, but this requires extreme luck with the random force floors, else Chip meets a fiery death.

The player has a few different options allowing progression through the random force floor section on 991 pace by simply holding down. All methods listed below will achieve the bold time of 991. An override is denoted with an X and represents the 3/4 chance of the force floor being whichever direction Chip is not going (in this case, anything but down) and D is used for a downwards push. 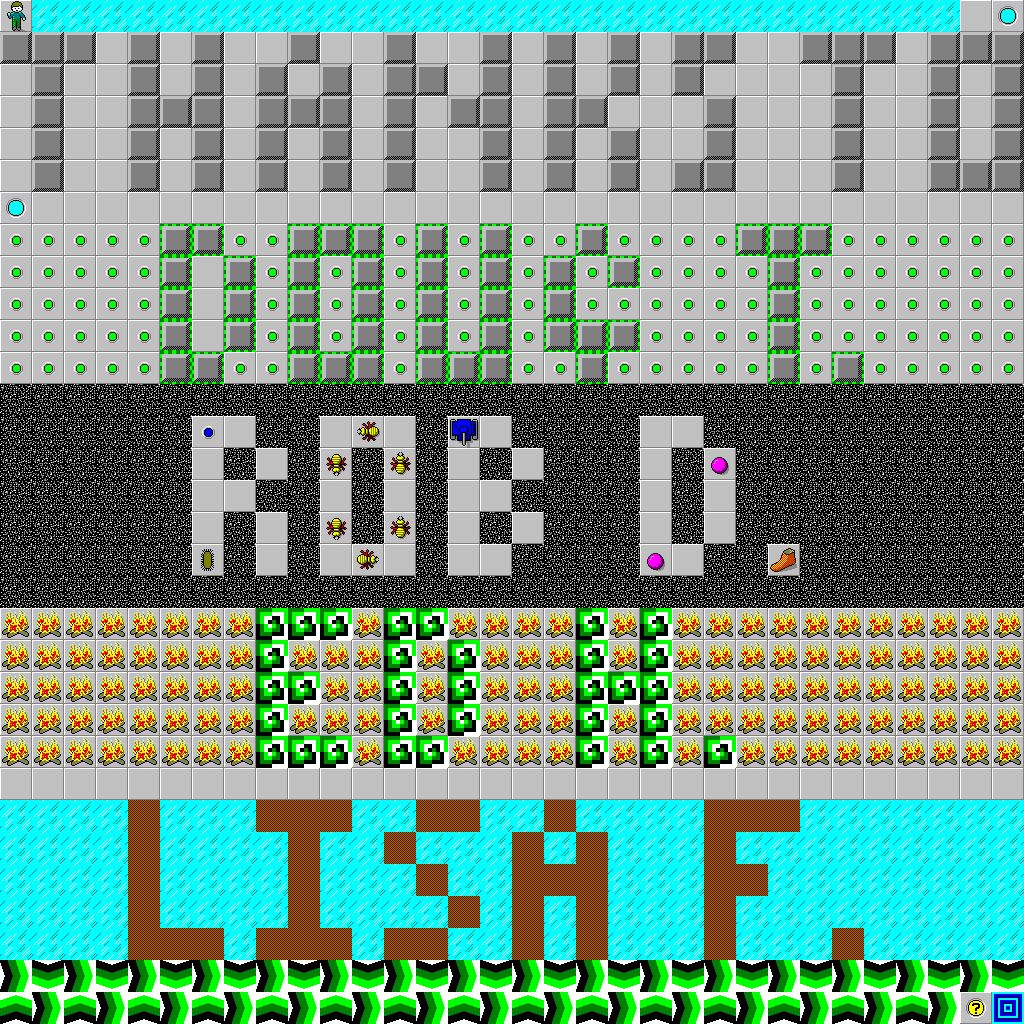