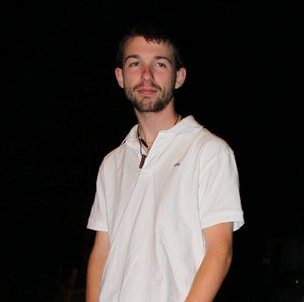 Rock Généreux, often known by his pseudonym rockdet, was the first of YouTube's Let's Play generation to complete the entire game from start to finish (no other recorded attempt to play through CC passed Floorgasborg), and the first to attempt a run through CCLP2 and to complete it. In addition to this accomplishment, he is responsible for unexpected contributions to the Chip's Challenge community.

Rock Généreux was born on March 16th, 1989. He's from Montreal, Canada, where French and English are both official languages; consequently, the reason he began the LP is to improve his English by narrating Chip's Challenge as it went along. He also understands Spanish, as he admitted to being able to read Andrew Bennett's hint to Special (a torture for him to figure out all on his own) typed in Spanish.

Like almost all LPCC players, rockdet's journey was discovered when Andrew searched YouTube for the terms chips challenge. Rock had played many of the levels previously and very quickly proved to be the most skilled of the bunch, dispatching the lesson levels quicker than his contemporaries (the first ten levels were completed in a mere 9:05), being much less prone to teratophobia (fear of monsters), and utilizing several tricks developed from advanced play.

Such tricks used during this official run were the boosting onto the green button before the itemswapper section of Nuts and Bolts, the lack of a socket in Tossed Salad, Thanks to...'s password, and trapping Hunt's teeth within the upper rows of the level.

Rock has played Chip's Challenge before (when he was much younger), but never completed the whole Level Pack until this LP; he was skipping many levels instead, mostly the latter ones. Some of the levels, particularly those after Block Buster, were unfamiliar to him and thus required more effort.

rockdet uses Camtasia Studio to record all his LPs, using it in place of ChipCap - nevertheless, its operation during his playing was nearly indistinguishable from ChipCap.

Rock can play several styles of levels, and particularly enjoys playing melee levels like Blobdance and Victim, levels with "gimmicks" such as Stripes?, Sokoban levels such as Seeing Stars and multisectioned levels like Mix Up. Although he proclaims not to be aiming for bold times and/or high scores, rockdet has demonstrated remarkable affinity for putting hints of more advanced techniques, such as the bold solution for Perfect Match, into action. Rock likes to criticize the levels, point out the pros and cons of every one, and enjoys putting himself in the creator's position to analyze the psychology behind every level. His favorite level ever is Cloner's Maze, as mentioned in his CCLP2 run.

His least favorite levels, as evidenced by a gradually gruffer attitude during sessions containing them, are boosting levels, trial and error sections like the endings to Special, Keep Trying and Chips on the Blocks, and long mazes such as Icedeath and Doublemaze.

When Chip died, he continued recording in Camtasia without stopping, only later cutting out either repetitive sections such as Pain, several repeated deaths, or the period of time occupied by returning to the spot where Chip died. Typically, this was done to get a video under the 11-minute YouTube ceiling, although sometimes in cases of longer levels the section lasted into two or even three videos (for the section containing Cityblock). The time ceiling was not raised to 15 minutes until Rock was past Elemental in his game of CCLP2.

rockdet specializes in deadpan, often dry humor. Although being killed is usually a source of annoyance, he usually takes death humorously, segueing directly into a phrase such as "...and get killed." On levels where Chip dies frequently, such as Blobdance, Rock left many deaths in the final video as a "gallery" of death.

Unexpectedly, rockdet's LP assisted in two breakthroughs in the mainstream Chip's Challenge scene. Block Buster II was rated at a full 5/5 for difficulty until Rock's frustration (it was the first time - and only the second so far - a full video's worth of footage did not pass a single level) drove him to discover an easier - and not much slower - path through the upper section, which led to the level's difficulty being re-evaluated as 3/5. Similarly, watching Rock's runs through Melinda's warehouses have filled a hole in the expert CC scene: how one advances in ability from exit-seeker to bold-seeker, and how to teach such techniques.

Much more famous is the event which drew much of the attention to rockdet not coming from Andrew Bennett. While watching Rock play through Block N Roll, Andrew discovered that one of his attempted paths through the northwest room was part of the path that J.B. Lewis and David Stolp took to pass the room quicker than anyone else; the existence of such a route, but not the content of it, was revealed in an April Fools' Day 2010 hoax. Quickly afterwards, Andrew improved on his 439 by one second and filled in key holes in the ChipWiki channel and public TWS.

The last contribution has been a debate topic, it happened on The Search for the Exit. In his CCLP2 LP, Rock tried the bold exit, ending in the trap. Having a discussion on that video with Andrew Bennett, the idea came to try removing that trap with the teeth, and Andrew improved the bold.

Rock has also released two levelsets, which can be found on CCZone - The Next Level:

Rock-Alpha.dat contains 65 levels, including the notable Bloblake, his "revenge" level against lucky timings as the hint points out.

One of the most notorious levelsets for Rockdet to have completed. Rock loses his temper many times in later levels due to lucky timings and annoyances with fire under blocks. He swears and gets angry more times in this levelset than any other, and even goes as far as ranting to the creator about rage quitting. Of course, Rock manages to get through the whole set of 149 levels, but his sanity is tested many times.

Some of Rockdet's most hated Chip's Challenge levels appear in TomP1Fixed.dat. Notable levels include Nightmare On Block Street, Cascade, Bully, and Glider Express.

Rock introduces the character "Bill" for the first time in this set, which would later become a running gag.

The runs on video[edit]